This is all you need to know about 4G; however, for those curious bees, you can keep reading.

If you don’t know what’s Wi-Fi, you might want to read, What is Wi-Fi? first.   Because we are going to the basic comparisons about 3G/4G and Wi-Fi.

Think about 3G/4G as FM radio waves.  FM waves are stronger than AM.  More people can listen to the same stations through players.  The same to 3G/4G; they can get more people on the internet than Wi-Fi, because their coverage is wider.  However, Wi-Fi usually can access the internet faster than 3G/4G. 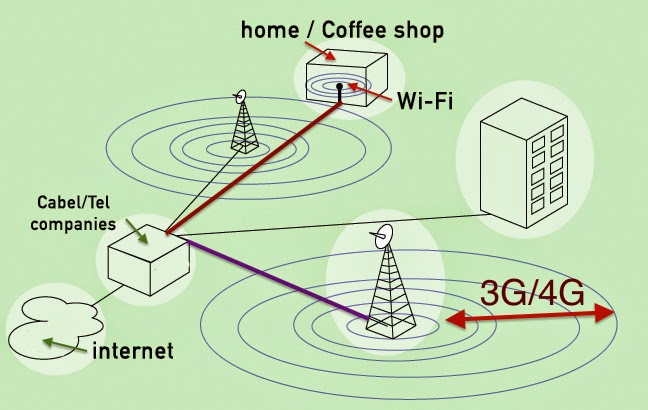 3G/4G are signals that only telecommunication companies can create. Pretty much as old days, FM radio stations are broadcasting state or nation wide by big companies, and a housewife can get an AM radio transmitter to air her kitchen talk show over several counties.  AM radio stations are like Wi-Fi stations, from which anyone can get a Wi-Fi router and create his/her own Wi-Fi hotspot.

Translate to normal language: if you want to get on line anytime, anywhere, your devices need to have 3G/4G.  If you are ok to get on line in some spots only, you can get devices that only have Wi-Fi, which is usually cheaper.

Read related article: How Do I Get on the Internet for a Reasonable Price ?

Now, you can either read the related articles, or share this page. Then get up and enjoy your life.

Got questions, we answer requests.

Get Our Book on Amazon